One of the five NCI ARTworks legacy projects completed in the
SILO Pathways Countryside Rural Art Tour series
A concept created by the artist Susan Burton came to life on Sunday, September 8, 2019. Months before, Burton presented a proposal to the Princeton Public Arts Commission which re-envisioned the Mary Uthoff Memorial Walkway as an outdoor room. Colorful and welcoming, the room plans contained four pieces of full-sized furniture created by the artist from mosaic. After months of work in cooperation with the City of Princeton and North Central Illinois ARTworks, Burton’s work was completed and installed. The new work, entitled “Prairie Dreams,” was dedicated on Sunday, September 8th at the walkway near Fawcett’s Pharmacy, 519 S Main St., Princeton.

Mary Uthoff was born in 1886 in the building that once occupied the space in the walkway.
She became an educator in the area, and in 1922, Uthoff became the first woman to appear on a Bureau County ballot. She was elected Bureau County Schools Superintendent and held the position until 1934. She also worked with the rationing board during World War II, served as secretary to the Princeton High School Board and was a member of the county’s welfare board. On Jan. 6, 1972, Uthoff’s home in the walkway caught fire, and she was rescued by the Princeton Fire Department on a 14-degree night. The building was a total loss and later demolished. Uthoff died in 1974 at the age of 88. During Homestead weekend in 1977, the city dedicated the walkway to Uthoff.
​
Artist Susan Burton has focused on sculptural and public mosaic art. She works closely with clients to develop creative projects that are site-specific and community based.  As a perpetual student she explores the creative relationships between history and environments. Reiki, Mandalas and Archetypal studies have influenced her work. These processes have been used in many ancient cultures to seek inner symbolic and psychological connections. Burton received a degree from Southern Illinois University at Carbondale in Interior Design with a double minor in Art and Architecture.  As a member of the Society of American Mosaic Artists she has studied with teachers from around the world. Her work has been featured in media, books and publications. The power of symbols, light and learning influence Burton’s experimentation from a traditional perspective as well as medium contradictions. 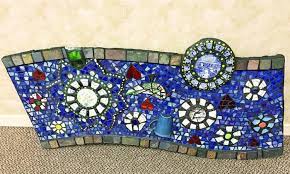 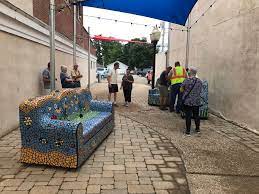 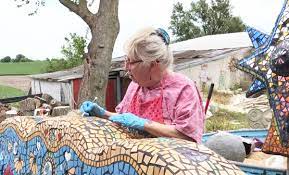 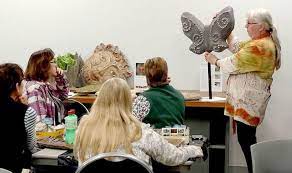 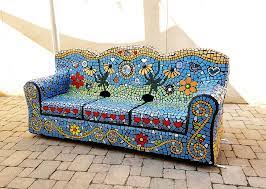 The Silo Pathways Countryside Public Art Tour is the Legacy Project of NCI ARTworks. The organization is committed to facilitating the development of public art and the establishment of a tourism attraction drawing visitors to the towns and villages of La Salle, Bureau, and Putnam counties of Illinois.